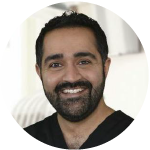 Nasser qualified from Liverpool Dental School in 2006 and performed VT (Vocational Training) in Middleton under the supervision of a Specialist in Oral Surgery. This gave him a fantastic insight into Oral Surgery and he was ‘hooked’. In 2007 he started an SHO (Senior House Officer) position at Prince Charles Hospital in South Wales, which confirmed his desire to pursue a career in Oral Surgery. In 2009 he was offered the position of Speciality Dentist in Oral Surgery at Manchester Dental Hospital and in 2014 was awarded Honorary Clinical Teaching Fellow at the University of Manchester.

He works throughout Greater Manchester and Lancashire receiving Private and NHS referrals Oral Surgery referrals under both LA and IV sedation’.

He averages around 10 IV sedations a week. He completed the Diploma in Conscious Sedation from Newcastle University in 2018. 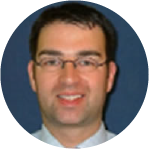 Julian Yates is a Professor of Oral & Maxillofacial Surgery an Implantology at the University of Manchester. Clinically his areas of specialist interest are facial deformity, facial trauma, oral and maxillofacial Implantology and trigeminal nerve repair. Along with his clinical duties he has continued to undertake research in regenerative medicine, more specifically investigating stem cell therapy to enhance nerve and corneal regeneration. He is also involved in developing methods of CAD/CAM manufacture of customized hard/soft tissue prostheses. Professor Yates is also heavily involved in UG and PG clinical and theoretical teaching in oral surgery – including pain management and anxiety issues. The latter involves managing patients with IV sedation – safely and effectively. 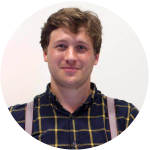 David is a Consultant Anaesthetist at Stepping Hill Hospital in Stockport. He has a specialist interest in regional anaesthesia and pain management. David will share his knowledge with providing useful tips to keep sedation safe and airway management. 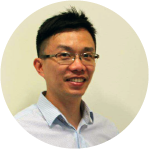 Sin Yong is a registered Specialist in Oral Surgery and committee member of the Dental Sedation Teachers Group. In 2010, he completed his PhD on the management of pain following oral surgery. Sin has taught and examined in the Diploma and MSc course in Control of Pain an Anxiety at the University of Manchester. Currently, he works in various practices around Manchester to provide Tier 2 and Advanced Mandatory Services in Oral Surgery. At the University, Sin has been a clinical supervisor and examiner for the postgraduates in Oral Surgery since 2003. 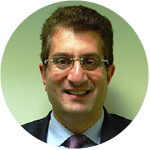 Tariq Drabu qualified from Manchester University in 1986. He is a GDC registered specialist in oral surgery and is the clinical lead for primary care oral surgery services in the borough of Heywood, Middleton and Rochdale. He was previously a Senior Teaching Fellow on the Oral Surgery MSc program at Manchester University and Staff Specialist in Oral Surgery at the UCLAN Dental Clinic in Preston. He owns several practices in the North Manchester area and divides his time between, specialist oral surgery practice and teaching and training postgraduates. He is a peer-to-peer dental appraiser for Health Education England North West and undertakes dental practice inspections for Health Inspectorate of Wales. He has been treating patients under IV sedation for both oral surgery and general dentistry since 1988.

Junaid graduated from the University of Manchester in 2013. Shortly after, Junaid was offered the position of Senior House Officer in Oral and Maxillofacial Surgery at the Countess of Chester Hospital. Here he successfully completed his Membership of the Faculty of Dental Surgery and was awarded my Diploma in 2015. Junaid developed a Special Interest in Oral Surgery and now works both in hospital and in multiple dental practices accepting referrals for Oral Surgery. Junaid is an active Examiner for the Royal College of Physicians and Surgeons of Glasgow. Junaid is a former graduate of Manchester Sedation Course. 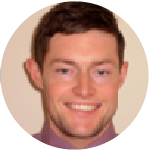 Matthew graduated from the University of Manchester in 2010 and went on to complete his Oral Surgery Dental Core Training in 2014. Currently, Matthew is an iMOS performer throughout the Greater Manchester, Kent, Surrey and Sussex. Matthew works part time as a clinical tutor at Kings College London. Matthew has a passion for surgery and in teaching, something which he has provided on both undergraduate and postgraduate training programmes with hands-on tutoring and lecture based education. 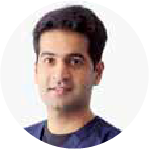 Bilal is qualified in Dentistry and Medicine. Bilal completed his medical degree in 2016 with the goal of becoming a Consultant in Oral and Maxillofacial Surgery. Bilal has treated many patients under IV sedation and completed anaesthetic rotations during his foundation medical year. Bilal recently completed his Masters in Dental Implantology from Cardiff University.